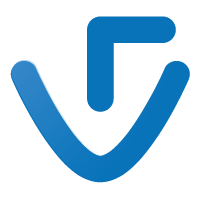 Regarding GDPR and privacy issues in general: visage|SDK runs entirely on the client device and it does not store or transmit any personal information (photos, names, or similar), or even any other information (other than Visage Technologies License Key File, for licensing purposes).

Can I use visage|SDK with Unity?

You can either start your own project from scratch (Unity3D integration) , or look for the the VisageTrackerUnityDemo sample that comes with full source code so you can use it as know-how for your project.

For users willing to experiment, there is an undocumented and currently unsupported workaround that should allow to use using it.

For users willing to experiment, there is an undocumented workaround that allows the use of visage|SDK in React Native.

For users willing to experiment, there is an undocumented workaround that allows the use of visage|SDK in Flutter.
visage|SDK is implemented in C++ and provides C++ API. Therefore, direct calls from Flutter are not possible without a wrapper with C-interface functions. An example of such a wrapper is provided in visage|SDK in the form of VisageTrackerUnity Plugin which provides simpler, high-level API through a C-interface. It is intended for integration with Unity 3D (in C# with P/Invoke), but it can also be used by other applications/languages that support importing and calling C-functions from a native library, including Flutter.

A way without wrapping NSObject is by wrapping C++ API in C-interface functions and exposing them through bridging-header. Example An example of such a wrapper is provided in visage|SDK in the form of VisageTrackerUnityPlugin which provides simpler, high-level API through a C-interface.

We believe that it should be possible to use visage|SDK in WebView, but we have not tried that nor have any clients currently who have done that so we cannot guarantee it. Performance The performance will almost certainly be lower than with a native app.

Please note that the current HTML5 demos have not been optimized for use in mobile browsers. Therefore, for the best results, it is recommended to use a desktop browser.

Please note that the current HTML5 demos have not been optimized for use in mobile browsers. Therefore, for the best results, it is recommended to use a desktop browser.

Internet connection is needed only for license registration, which happens only once , when the application is used for the first time.

For hardware devices, this can typically be done at installation time – you would connect the device to the network, run the application once, the license registration would happen automatically, and after that, no network connection is needed.

Yes, visage|SDK can be used with any IP camera. However, note that visage|SDK actually does not include camera support as part of the API; the API simply takes a bitmap image. Image grabbing from a camera is implemented at the application level.

Processing and saving information to a file can be implemented in parts of the sample projects where tracking from a video file is performed:

Please search the source code of each sample for the exact location.

Our face tracking algorithm is among the best ones available, but like all Computer Vision algorithms, it has its limits related to image quality, light conditions, occlusions, or specific reasons such as head pose.

visage|SDK includes active liveness detection. The user is required to perform a simple facial gesture (smile, blink, or raise eyebrows). Face tracking is then used to verify that the gesture is actually performed. You can configure which gesture(s) you want to include. As the app developer, you also need to take care of displaying appropriate messages to the user.

An At this stage, you match a new facial image (for example, a person arriving at a gate, reception, control point or similar) against the previously stored gallery, and obtain IDs of one or more most similar persons registered in the gallery.

visage|SDK does not have an out-of-the-box option to determine if the person is looking at the screen. However, it should not be too difficult to implement that. What visage|SDK does provide is:

Please also note that the estimated gaze direction may be a bit unstable (the gaze vectors appearing “shaky”) due to the difficulty of accurately locating the pupils. At the same time, the 3D head pose (head direction) is much more stable. Because people usually turn their head heads in the direction in which they are looking, it may also be interesting to use the head pose as the approximation of the direction of gaze.

Can images of crowds be processed?

I've seen the tiger mask in your demo - how I can build my own masks?

Our sample projects give you a good starting point for implementing your own masks and other effects using powerful mainstream graphics applications (such as Blender, Photoshop, Unity 3D, and others). Specifically:

This demoShowcaseDemo, available as a sample project with full source code, includes a basic face mask (the tiger mask) effect. It is implemented by creating a face mesh during run-time, based on data provided by VisageTracker through FaceData::faceModel* class members, applying a tiger texture and rendering it with OpenGL.

The mesh uses static texture coordinates so it is fairly simple to replace the texture image and use other themes instead of the tiger mask. We provide the texture image in a form that makes it fairly easy to create other textures in Photoshop , and use these textures as a face mask. This is the template texture file (jk_300_textureTemplate.png) found in visageSDK\Samples\data\ directory. You can simply create a texture image with facial features (mouth, nose, etc.) placed according to the template image, and use this texture instead of the tiger. You can modify texture in Showcase Demo the ShowcaseDemo sample by changing the texture file which is set in line 331 of ShowcaseDemo.xaml.cs source file:

This For a sample project is based on Unity 3D, see VisageTrackerUnityDemo page. It includes the tiger mask effect and a 3D model (glasses) superimposed on the face. Unity 3D is an extremely powerful game/3D engine that gives you much more choices and freedom in implementing your effects, while starting from the basic ones provided in our project. For more information on the sample project, see Samples – Unity 3D – Visage Tracker Unity Demo in the Documentation. Furthermore, the  Furthermore, the “Animation and AR modeling guide” document, available in the Documentation under the link “References”“Resources”, explains how to create and import a 3D model to overlay on the face, which may also be of interest to you.

In Visage Tracker Unity DemoVisageTrackerUnityDemo, the tiger face mask effect is achieved using the same principles as in Showcase DemoShowcaseDemo. Details of implementation can be found in Tracker.cs file (located in visageSDK\Samples\Unity\VisageTrackerUnityDemo\Assets\Scripts\ directory) by searching for keyword "tiger".

I am using visage|SDK FaceRecognition gallery with a large number of descriptors (100.000+) and it takes 2 minutes to load the gallery. What can I do about it?

I want to change the camera resolution in Unity application VisageTrackerDemo. Is this supported and how can I do this?

Make sure that you had followed all the steps from the documentation Building and running Unity application.

Need to insert links to relevant API parts in text and/or as “See also” section.

It is neccessary to make sure that VisageRendering.cpp is compiled as an Objective-C++ source, and not as a C++ source by changing 'Type' property of the file on the right-hand property side in the Xcode editor. This applies generally to any source which includes/imports (directly or indirectly) any Apple classes.